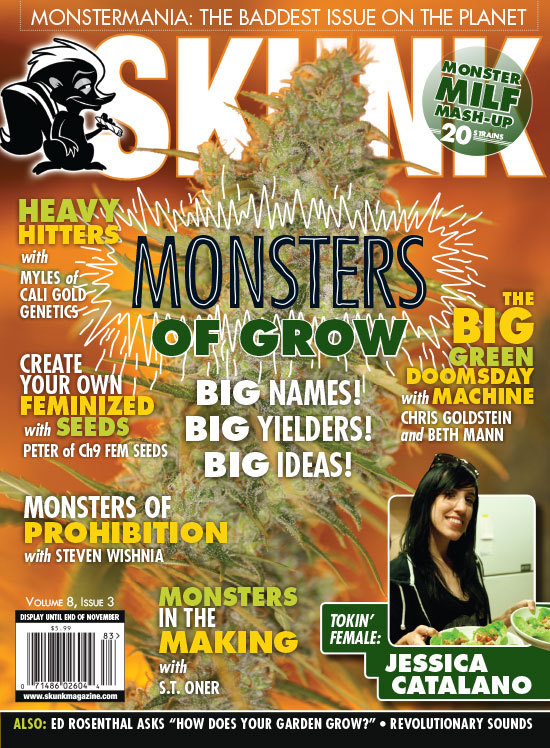 The Ganja Kitchen Revolution in the News and Press

Jessica Catalano and TGKR has been featured in numerous magazines, books, online articles, websites, newspapers, documentaries, radio shows, and T.V. Here is a list of some of our favorite press pieces:

Gear Patrol April 2019 – The 11 Best Weed Accessories, According to Experts

UPROXX August 2018 – These Chefs Are Killing The Cannabis Culinary Game

KINDPEOPLES May 2018 – Chefs Develop a New Appreciation for Cannabis’ Flavors

HERB January 2018 – These edibles are next level

Civilized. December 2017 – The Holiday Gift Guide for the Cannabis Kitchen

The Cannabist September 2017 – Am I measuring the THC per serving in my marijuana brownies correctly?

The Cannabist September 2017 – How to make cannabutter and cannabis oil concoctions: the ultimate guide with tons of tasty weed recipes

Swirled March 2017 – These Trailblazing Chefs Are Cooking With Cannabis

Emerald Report March 2017 – Weed Out Good Pot From Bad; This Ganja Sommelier Shows You How

True Blue March 2017 – Love The Flavor Of Marijuana? Here Are 4 Chefs You Should Meet

Civilized. September 2016 – From ‘Inedibles’ To Edibles: Jessica Catalano Talks About The Revolution In Cannabis Cuisine

MERRY JANE May 2016 – Cooking with Cannabis: Philip Wolf Helps to Plan Your Next Meal

MERRY JANE May 2016 – Cooking with Cannabis: Weed and Food Pairings on a Deeper Level

The Guardian UK April 2016 – Cooking with cannabis: ‘I have a fish guy, a meat guy and a weed guy’

UptownGrowLab May 2015 – CANNABIS CUISINE : MAKING INFUSED COCONUT OIL AND BAKING WITH IT!

The Cannabist April 2015 – Ask The Cannabist: Cannabutter recipe debate — to use water, or not?

X Games 2015: Native Roots Tree House – Co-Hosted the first private cannabis paired dinner in Aspen, Colorado at the Crystal Palace. Created the menu with Chef Cortland and paired each cannabis strain with each course. Introduced each strains terpene profiles and medicinal effects to the crowd as each course came out. Cultivating Spirits Aspen

The Cannabist December 2014 – Best of 2014: The 15 Most Intriguing Questions Our Readers Asked This Year

MetroActive May 2012 – Cooking with Cannabis